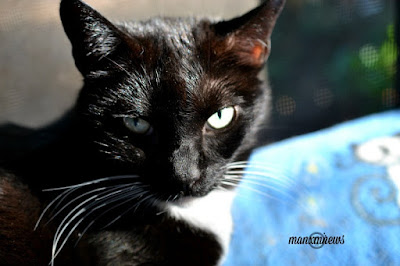 Happy birthday Boo!
It was surprising but she turned 19!
***
It's a beautiful sunny day here today, which is not
at all unusual after a Hurricane passes by.
Sort of like a vacuum cleaning sucking up
all the debris.
***
Hurricane #Ian will be one for the record books.
Especially for SW FL.
I for one cannot even fathom what it must be like
to find your entire world destroyed as savagely as
Ian did to the SW FL coastline.
I am sure once all everything is recorded we will
find the topography of the coastline is forever changed.
It is going to take years to rebuild, if it is rebuilt.
I suspect there are a lot of folks who will
never rebuild on an barrier island.
My heart breaks for those people.
I cannot put into words how sad I am for
incredible destruction that happened to my state.
It began in SW FL but there was so much more
throughout the state, and it's not done yet.
All the water is still flowing up and out
to the Atlantic and causing flooding, and
infrastructure failings to happen. On I-75 near Ft Myers
the traffic was being diverted because a levee failed
and flooded, homes within the area had to be evacuated.
It's just beyond words.
***
Locally we had minor flooding, and that even feels
odd to say "minor". If it was your home with even
inches of water, you had to take your flooring up
and drywall out of the walls and furniture was lost.
It's miniscule compared to your home being washed
away but it's hard nevertheless.
***
I hate Hurricanes. Being what is now considered elderly
and alone I feel a lot more vulnerable than ever before,
even though I lived my entire life in this state.
The season isn't over yet either.
Another wave came off Africa, where it heads
no one knows.
I'm not sure Ian is finished yet.
It might have impacts to New England depending
on where it ultimately goes.
***
It's ironic, Boo, Ping & Jinx went through Hurricane Charley
in 2004 with us and it literally took the same path as
Ian. Now 18 years later it's just Boo & workshop cat Ping
still with me dealing with this again.
Hope things are better in your part of the world.
We'll be fine, for now at least, even if we feel more
vulnerable than ever.
***
Happy birthday to my sweet loving Boo,
who got evacuated with me (and Annabelle) during Ian.
Mews by ANGEL ABBYGRACE at 4:09 PM